Writing for Ministry--Should You Write When Your Faith Feels Weak?

Yesterday I was struggling. My health has taken an unpleasant turn for the worse, and though I'd like to say I had an amazing attitude and spiritual strength, the truth is I was fighting fear, anxiety and plain old annoyance at a sickness that is never going to go away.

So what did I have the urge to do? Blog about it! I was trying to figure out why. Why am drawn to writing whenever I face a big struggle and am fighting my fleshly feelings? Thinking through it, I realized I'm in good company. Shepherd David, renegade warrior David and King David did the same thing. The Psalms are full of songs where David is struggling.

The Psalms don't present a pillar of emotional and spiritual strength. They present a real man with raw emotions and questions that many Christians would find sacrilegious. He cries out things like:

Where are You, God?
Why haven't You fixed this?
It doesn't feel like You're here at all.
Don't You care?
I'm crying and dying here, Lord. Aren't You going to do something?

God called David a man after His own heart. It wasn't because David was so strong. Considering his writings, he was often weak. However, he took his doubting and fear and even anger to God. He was real about his weak moments. He admitted transparently that he was struggling, not just to God but to us. He did not wait to write until he was feeling strong so he could present himself in his best light.

Don't forget the rest! David wasn't just about airing his struggles. We've all read things by people who just complain and cry and talk about how life isn't fair. That's not ministry. That's whining.

However, though David admitted his struggles and questions, he would end his songs stating what he knew to be true. He started with feelings and ended with faith. Because of that, his psalms give such comfort, because we find ourselves in the beginning, and then we find God at the end. Our weakness, His strength.

Some of the greatest writing we will ever do is when we admit ourselves--our weakness, our struggles, our questions--and then lead our readers toward the truth of God's love and grace and presence.

When you write for ministry, remember David. Present yourself as the sinner you are, so then you can shine light on the God who loves sinners. Write when you're struggling. For one, it helps you think through why you are feeling this way and the truth that counteracts it. For another, it may help someone else struggling the same way. Just think how many people the psalms have helped! 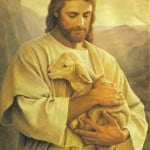 May your writing comfort others as the psalms have, and may you, too, be a person after God's heart.

When It's Just Too Much